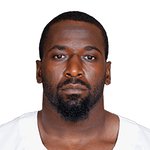 “I grew up in the Boys and Girls Club in Florence, S.C., so I felt the need to give back,” Durant said. “I wanted to partner with chapters here in Dallas to try to give back and do something with the community. I should have been doing it before. Now I’m trying to make up for lost time.”

“On behalf of over 6,000 youth served by Boys & Girls Clubs of Greater Dallas, we are extremely grateful for the generous support provided by Justin Durant’s Toys for Tots at Olivella’s Neo Pizza Napoletana and now for Charity Giveback benefitting our Oak Cliff Club,” said Charles English, President and CEO of Boys and Girls Clubs of Greater Dallas. “This holiday season will be especially bright and happy for the many families that have entrusted their children to us. Justin’s generous gift ensures that we can continue to provide critical and results-based programs. We are sincerely grateful.”