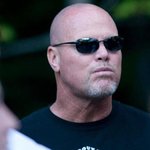 Dozens of celebrities and athletes are going to be hitting the gaming tables to raise public awareness and funds to support Every Kid Counts.

The charity poker tournament and casino event kicks off at noon, Saturday, January 31st at a private residence in Scottsdale, AZ. This exclusive event leading up to the big game is produced by Dream Dealers and Pro Player Insiders.

This fun-filled, interactive fundraiser will also provide an unforgettable evening of charitable casino gaming, silent and live auctions, raffles, premium cocktails, and delicious cuisine. Prizes include tickets to the Big Game at the University of Phoenix Stadium, WSOP entries, cruise vacations, dinners with celebrities, autographed memorabilia, plasma TV’s and invitations to exclusive events. The real winners of the night will be the designated charities and causes.

Every poker table will feature a celebrity and/or athlete. Poker players begin with $10,000 in chips and the Texas Hold’em tournament is structured with gradual 25 minute blind increases which should appease all poker fans. Seating for the poker tournament is limited and those who want to participate should pre-register here.

“We are really excited to work with Dream Dealers on this event as their status among athletes and celebrities for hosting top-notch poker events is second to none,” said Melissa Mahler, Founder and CEO of Pro Player Insiders. “Every Kid Counts Children’s Charity is an amazing organization and we are proud to advocate for such a great cause.”

Jim McMahon spent 12 years in the NFL and is best known for leading the 1985 Chicago Bears to a Super Bowl Championship. After football, McMahon has dedicated a lot of his time to his two favorite charities – the Linda McMahon Foundation for Literacy and Players Against Concussions (PAC).

Chris Moneymaker revolutionized poker by being the first amateur to win the WSOP Main Event. Chris Moneymaker is considered the figurehead for kickstarting poker’s popularity into mainstream life as we know it today.

Henry Lawrence is a versatile performer of stage and screen who has appeared across the U.S., Asia, and Europe. He has been a featured singer at major athletic events such as Super Bowl parties and John Madden’s NFL Hall of Fame Induction. Henry was an All-Pro offensive tackle for the Oakland/LA Raiders with two Super Bowl victories in his 13-year career.

The Harlem Globetrotters have joined On Our Sleeves, the national movement to transform childhood mental health developed by Nationwide Children’s Hospital. More →