Making A Difference In Duchenne

The first interview features Dr. Eduardo Marbán MD, PhD, director of the Cedars-Sinai Heart Institute in Los Angeles, talking about cardiac derived stem cells. Dr. Marbán was featured in a November 2011 Economist article “Repairing Broken Hearts,” read by Coalition Duchenne founder and executive director Catherine Jayasuriya. She lobbied for a focus on Duchenne because cardiac scarring severely compromises the life span of those with the disease. Coalition Duchenne funded successful research applying Marbán’s stem cell technology to Duchenne. The approach has been clinically proven to mitigate scarring cause by heart attacks. In Marbán’s therapy, human heart tissue is used to grow specialized heart stem cells, which are injected back into the patient’s heart.

“We need to focus on changing the course of the disease. We lose many young men to cardiac issues. We hope that working with cardiac stem cells is one way we will eventually change that outcome,” said Jayasuriya.

The second interview in the “Making a Difference in Duchenne” series features actor Cody Saintgnue, who plays Brett Talbot in MTV’s Teen Wolf. Saintgnue has a unique relationship with Duchenne. He played a young man with muscular dystrophy in his break out role on House MD in 2009. Saintgnue talks about his experience learning to mimic the physicality of a young man with Duchenne, as well as the inspiration he draws from the way those young men overcome many obstacles to live happy, fulfilling lives.

Upcoming interviews will feature: Professor Rachelle Crosbie-Watson from the University of California, Los Angeles, who teaches the first university course focused entirely on Duchenne; Dr. Ron Victor, a Cedars-Sinai cardiologist and researcher looking at the benefits of Cialis and Viagra for Duchenne cardiomyopathy; and, Scotty Bob Morgan, a daredevil wingsuit pilot, who has raised awareness worldwide about Duchenne, flying a specially made Coalition Duchenne wingsuit. 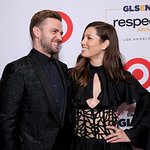