The actor – whose own grandson suffers from Tuberous Sclerosis – is pushing for better treatment for those with genetic diseases.

“The condition was discovered when he was just a few weeks old when he started having fits,” Suchet told the Daily Mail. "He had an MRI and was found to have TSC. Some people don’t discover it until later on in life and it can manifest itself in various different phases.

“The drugs are available but we can’t get them. There are many reasons why we don’t have access to them but there seems to be such disorganisation and mismanagement in the admin side that it’s all gone pear-shaped and people are suffering.”

The actor has joined the Tuberous Sclerosis Association's #Fight4Treatment campaign to urge the NHS to supply drugs that are currently too expensive.

A spokesman for NHS England said it would listen to the results of an ongoing public consultation on the issue and added: “It’d be wonderful to be able to fund everything and do so instantly, but unfortunately that’s never been the reality.” 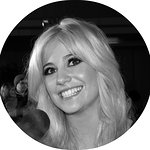