Celebrity Fashion Up For Grabs 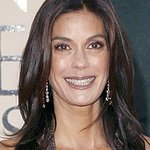 Anybody interested in celebrity fashion should head over to www.clothesoffourback.org in the next few days to bid on some of the fabulous items up for grabs in the name of charity.

The Tuberous Sclerosis Alliance has an exciting range of clothes and memorabilia up for auction on the site, including the Badgley Mischka dress that Comedy For A Cure honoree Teri Hatcher wore to the “American Idol” Season 7 Grand Finale, a green Max Mara wrap dress, smoky quartz & sterling silver earrings, and autographed photo from “Dexter” star Julie Benz, a “Chuck” t-shirt autographed by the show’s star Zachary Levi, a “CSI:NY” white lab coat autographed by Melina Kanakaredes, and the Theory dress that “Access Hollywood” correspondent Shaun Robinson wore to last year’s Comedy for a Cure event when she was the show’s emcee.

Bidders should be quick, as the auction ends on July 8.

And for anybody who wants to step out on the town in some special shoes, Clothes Off Our Back is also auctioning off a range off footwear designed specially by stars such as Sheryl Crow, Hilary Swank, Zooey Deschanel, Rose McGowan, Kate Winslet, Maggie Grace, Cate Blanchett, Kirsten Dunst, Kristin Davis, Natasha Henstridge, Lisa Edelstein, Pink, Becki Newton, Melissa George, Kerry Washington, America Ferrera, Ana Ortiz, and Kate Walsh.

Proceeds from the auction will go Feeding America (the nation’s largest charitable hunger-relief organization), The Art of Elysium (which enriches the lives of artist and critically ill children), World Education (focusing on girls’ scholarship programs in Africa), and autism research. The auction ends on July 11.

Over 500 celebrities have participated in Clothes Off Our Back auctions since it was established by Jane Kaczmarek and Bradley Whitford in 2002, helping raise over $2 million for various children’s charities.