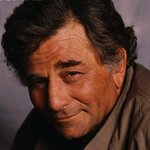 Deeply upset over the theft of a sea lion pup — who was snatched from Dockweiler State Beach at around 3:30 a.m. on Sunday, April 19, after having rocks thrown at him or her — and determined to help, Shera Danese, the widow of Columbo star and longtime PETA supporter Peter Falk, has added $5,000 to PETA’s reward for information leading to the arrest and conviction of the culprits.

“Someone knows who was out on the beach that night, who stole the pup, and who drove away, separating this vulnerable baby from his or her mother and the sea,” says PETA Senior Director Martin Mersereau. “PETA is calling on anyone with any clues about this case to contact the authorities immediately so that these cruel people can be held responsible for their crimes.”

The following details were reported by an eyewitness to the kidnapping:
• The culprits seemed to be two men and two women in their early to mid-20s.
• The culprits wrapped the sea lion pup in a blanket and fled in a black Honda Civic with a license plate number ending in “56.”
• The culprits were last seen heading south on Vista Del Mar.

Anyone with information about this case is encouraged to contact the National Oceanic and Atmospheric Administration’s hotline at 1-800-853-1964.

Danese told PETA that her late husband would be “thrilled” to have helped with this case, which she said matches up with his famous character Columbo’s love of investigation. It also lines up with his work with PETA — whose motto reads, in part, that “animals are not ours to abuse in any way.” Among many other efforts, Falk helped PETA defeat a Las Vegas animal trainer who was caught beating the orangutans he used in his nightclub act.