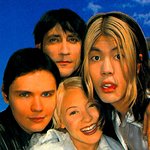 Smashing Pumpkins announced today that they are partnering with Easter Seals Dixon Center to raise awareness and resources for communities to provide meaningful jobs, education and wellness for veterans and military families.

Easter Seals Dixon Center is the military and veterans arm of Easter Seals, which has been supporting all generations of veterans since World War II. The organization is a resource for veterans, military families, employers and organizations that want veterans to reach their potential and participate fully in their communities.

“We are honored that Billy Corgan and The Smashing Pumpkins are committed to supporting veterans and their families and turning that support into a voice for those touched by military service,” said Colonel David W. Sutherland, U.S. Army (Ret.), Chairman of Easter Seals Dixon Center Military and Veterans Services. “The critical work of Easter Seals Military and Veterans Services will be brought to thousands of The Smashing Pumpkins fans this summer through the band’s concert tour. We are grateful for The Smashing Pumpkins support and look forward to collaborating with the band on the needs and successes of the veteran’s community.”

In communities across the country, Easter Seals affiliates deliver services that veterans and military families need to live productive, successful lives. To date, Easter Seals Dixon Center has trained more than 30,000 military and veteran caregivers through a partnership with the Veterans Administration, in addition to providing direct services to 165,000 veterans and military families through community-based services ranging from adult day care, to job training, to camping, recreation and respite programs.