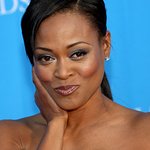 The YWCA USA will celebrate the incredible achievements of extraordinary leaders who serve as role models for women and girls at the Women of Distinction Awards Gala on June 5, at 6 pm at the Grand Hyatt Washington, as part of their 2015 Annual Conference.

This year’s Dorothy I. Height Racial Justice Award recipient is Dr. Bernice Johnson Reagon. This award is presented to an individual who has had a national impact in the field of racial justice in the United States. Honorees are selected based on criteria that reflect Dr. Height’s contributions: service in a leadership role, commitment to racial justice and a high standard of courage, integrity and steadfastness in support of the YWCA’s mission to eliminate racism and empower women.
The Gala will be hosted again this year by television, film and stage star and advocate Robin Givens. She has served as spokesperson for the National Domestic Violence Hotline and was awarded the Vital Link Award by that organization for her over 20 years of work on behalf of women, children and families facing the challenges of domestic violence. Ms. Givens is also Co-Chair of Women Who Care.

YWCA USA will also recognize three local YWCA associations for their outstanding work in the areas of women’s empowerment, racial justice, and advocacy. There are more than 220 local YWCA associations in the United States providing critically important services and supports in communities large and small, urban and rural. Richardson-Heron said, “We are humbled and honored to highlight the excellent work that YWCAs across the country do everyday to meet the critical needs of women and their families and create change in their communities.”

The 2015 YWCA USA Women of Distinction Honorees are:

Advocacy and Civic Engagement: Linda Sarsour
Linda Sarsour is the Executive Director of the Arab American Association of New York and Senior Strategist for Take on Hate, a recently launched campaign which aims to change perceptions of Arab and Muslim Americans. In 2013, she co-founded the Muslim Democratic Club of New York, the first of its kind in New York City. She recently co-founded Muslims for Ferguson to build solidarity amongst civil rights advocates. Sarsour is frequently featured in the media as a spokesperson and advocate for racial justice.

Corporate Social Responsibility: Marilyn Carlson Nelson
Under the leadership of Marilyn Carlson Nelson, Carlson became the first North American-based, global travel and hospitality company to sign the international code of conduct to protect children from sex trafficking in travel and tourism. Carlson includes such brands as The Quorvus Collection, Radisson Blu, Radisson, Country Inns & Suites and Carlson Wagonlit Travel. Today, Carlson Nelson is co-CEO of Carlson Holdings, Inc. and best-selling author of “How We Lead Matters: Reflections on a Life of Leadership.”

Women’s Empowerment: Beverly Bond
In 2006, Beverly Bond founded BLACK GIRLS ROCK!™, a multifaceted movement dedicated to shifting the culture of media images and empowering women and girls. BLACK GIRLS ROCK!™ Inc. has been committed to enriching girls through leadership, education, and positive identity development programs since 2006. BLACK GIRLS ROCK!™ builds the self-esteem and self-worth of young women of color by changing their outlook on life, broadening their horizons and providing tools for self-empowerment, leadership and efficacy. In 2010, Beverly Bond brought the successful annual BLACK GIRLS ROCK! Awards to BET Networks, thus giving the empowering event a televised platform to highlight affirming images of women of color. As the Creator/Executive Producer of BLACK GIRLS ROCK! on BET, Bond shares her vision on a global stage, reaching over 2.7 million viewers per year. Bond has received recognition as a 2013 and 2014 NAACP Image Award winner.

Dorothy I. Height Racial Justice Award: Dr. Bernice Johnson Reagon  For more than a half-century Dr. Bernice Johnson Reagon has been a major cultural voice for freedom and justice. In 1973, while a graduate student of history at Howard University and vocal director of the DC Black Repertory Theater, she formed the internationally renowned African American women’s a cappela ensemble Sweet Honey In The Rock. She led the group until retirement early 2004. Dr. Reagon has also created a broad canon of academic work, two of her major works are: “Wade in the Water: African American Sacred Music Traditions” and “Africans in America: America’s Journey Through Slavery.”

The YWCA is the voice for every woman. For more than 150 years, the YWCA has spoken out and taken action on behalf of women and girls. The YWCA is dedicated to eliminating racism, empowering women and promoting peace, justice, freedom and dignity for all. Over 2 million people participate each year in YWCA programs at more than 1,300 locations across the U.S.