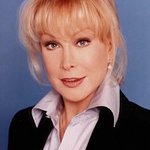 The Gala will celebrate the collective efforts by honoring those among us who make a difference, have a vision and then create that legacy.

Among the honorees will be actresses Barbara Eden and Rita Moreno.

As a part of the national YWCA mission to advocate for justice and dignity for all people, YWCA GLA is pioneering a model of community center and housing – co-created with diverse stakeholders – to transform lives, build self-reliance and, ultimately, strengthen communities.