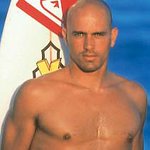 Earlier this week, PETA and world surfing champion Kelly Slater were prevented from submitting PETA’s shareholder question during SeaWorld’s online meeting, despite PETA owning a stake in the company.

“Kelly Slater, on PETA’s behalf, planned to point out to shareholders that if SeaWorld cared about orcas, as it likes to claim, it would stop its disgusting and unnatural inbreeding program and turn its tawdry abusement parks into coastal sanctuaries,” said PETA Foundation Director of Animal Law Jared Goodman. “In sea pens, orcas could swim in ocean water instead of in chemically treated waste water, hear and answer the calls of their extended families, and begin to live truly as orcas in a protected area of the ocean. PETA will push SeaWorld to make this change, and we’re exploring our legal options over SeaWorld’s lock-out of dissenting voices who speak for the animals they hold prisoner.”

Slater intended on submitting the following question to the meeting:

“My name is Kelly Slater, and I’m here on behalf of PETA. The veil has been lifted on SeaWorld. All the ads in the world won’t change what the public now knows to be true: that the company imprisons highly intelligent, emotionally complex, social animals in tiny, barren concrete tanks, which leads to aggression and disease. SeaWorld is experiencing declining attendance and revenue, and dozens of companies, including Southwest Airlines, Panama Jack, and Mattel, have recently ended partnerships with SeaWorld. As a professional surfer, I’m lucky and privileged to be able to spend the majority of my time in the ocean — it’s the place where I feel most at home, and thus, I feel an obligation to protect that which I have a voice in influencing. Please, tell us, when will SeaWorld allow the animals it holds captive to return to their home — the ocean — by retiring them to a seaside sanctuary? And wouldn’t this at least be viewed, if nothing else, as a public relations win for you? By righting the wrongs you have committed in the name of corporate profit for so many years, you may actually be able to recoup some of the respect that has been lost in the eyes of the public and work toward an end to the problem of animal suffering. Thank you.”