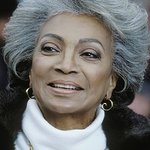 On Saturday, September 12th the 8th Annual Safety Harbor Kids Polo Classic will be held on the historic polo grounds at Will Rogers State Park.

The venue offers breathtaking views from the mountains to the sea and has been the filming location of movies including Star Trek IV (William Shatner, Nichelle Nichols, 1986) and Pretty Woman (Julia Roberts and Richard Gere, 1990). Hollywood royalty including Clark Gable, Joan Crawford and Walt Disney also frequented the polo estate previously owned by 1930’s entertainer Will Rogers. For this special event, Nichelle Nichols is co-chairing to support Safety Harbor Kids.

The event will include a special performance by Master of Ceremonies and Commander of the Most Excellent Order of the British Empire, Peter Asher. His musical accomplishments include Grammy for producer of the year, record company exec for Sony, the Beatles, and Apple Records. The event will begin with chamber music by String A La Bowed. Come wearing white and enjoy wine tasting and Dama Tequila cocktails followed by appetizers and lunch provided by Vintage Grocers and Monrose Catering (click link to see menu). High tea with Charles & Co. Tea and eye opening drinks by Long Shot coffee will follow as guests. Enjoy a special musical performance, card club and half time entertainment by Dream World Cirque.

Half time will also include the traditional Polo divot stomp where guests take the field and replace the tufts of grass kicked up by the horses. Polo is played between two teams of four mounted men on a field that measures 300 by 160 yards (as big as nine football fields) with goalposts at either end. The object is to move a ball downfield and through the goal in six periods of play known as “chukkers.” Each chukker is seven minutes long. There are no time-outs except for injuries, penalties, or unsafe situations. And no replacement of players is allowed except for injuries.

Safety Harbor Kids event will include a private VIP lounge. Guests can purchase tables and private cabanas, of course, for this annual fundraiser. Event supporters and partners include Tesla Motors, Safety Harbor Capital, and StarPower. The event is also supported by, Brit Week, the British American Business Council, Brits in LA, Southern California Life Magazine, Casino Entertainment, GPS Security, So You Photograph, Malibu Chronicle, Elevate Your Brand, Abrams Management, Valet of the Dolls, Kerrygold and CPG Media Management USA will be supporting our cause, to raise funds for education programs for children with no families. To purchase tickets or sponsor a child’s please go to www.donatetoshk.org.

Reading Is Fundamental (RIF) announced today the lineup for its Reading Inspires! Webcast to be held on Read Across America Day, March 2, 2022. More →
More news →