Here's Your Chance To Meet R5 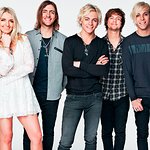 Pop rock band R5 has teamed up with Prizeo to raise awareness and funds for the GRAMMY Foundation.

For a $5 donation, fans can enter to win a trip to New York to attend the band’s concert on September 5, where they will be given tickets to the show, soundcheck access and a backstage hangout complete with playing hacky sack with the band members. Fans can donate higher amounts in exchange for rewards including an exclusive campaign t-shirt, signed photos, Twitter shoutouts and even signed guitars. The campaign is live now.

Led by vocalist/rhythm guitarist Ross Lynch, R5 came together in 2009 and is comprised of Lynch’s siblings Riker (bass/vocals), Rocky (lead guitar/vocals) and Rydel (keyboard/vocals) and Ellington “Ratliff” (drums/vocals). R5 has rapidly emerged as an exciting new voice in the world of pop-rock. The band has moved one step closer to world domination with the release of their sophomore album, Sometime Last Night, the follow up to their hit debut album LOUDER, which rocketed to No. 1 on iTunes in 10 countries upon its September 2013 release. Sometime Last Night and LOUDER combined have over 38 million streams on Spotify. 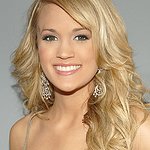