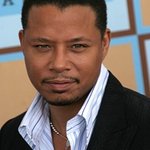 Join FOX PRESENTS EMPIRE Behind the Beat and music charity Notes for Notes to help elevate and inspire the next generation to create its own musical voice.

Music is a universal language that has the power to transcend any socioeconomic barrier. Donate today to inspire a new generation with a powerful means of musical expression. With your help, Notes for Notes will establish FOX PRESENTS EMPIRE Behind the Beat music studios across the country. By raising $200,000, you can help build the first FOX PRESENTS EMPIRE Behind the Beat music studio in Chicago in Spring 2016.