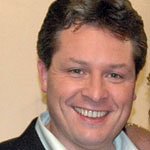 On July 24, 2015, renowned tenor Anthony Kearns headlined a private performance in support of Wells of Life, a 501c3 non-profit group dedicated to providing safe drinking water to communities in Uganda.

“Music transcends all boundaries, all people and politics, and brings us together,” said Kearns.

Wells of Life was founded in 2009 by real estate broker Nick Jordan to break the cycle of poverty in Uganda by funding 1,000 water wells. The goal of 1,000 wells will provide clean water to one million villagers. Wells of Life has funded over 148 wells — and an additional two wells were committed during the July 24th concert.

“Once clean water is provided to a community, everything else becomes possible,” said Jordan.

Kearns donated the concert at last year’s Wells of Life gala. Last fall, he dedicated a well in his name to the victims of 9/11 to serve as a lasting memorial. The well became operational in Uganda earlier this year.

Kearns performed a selection which encompassed Irish songs, operatic arias, and beloved melodies of a golden age, showcasing the power and range of his voice, as well as his versatility.

Kearns said he was pleased to lend his celebrity to Wells of Life to help raise the profile of the organization. Kearns was acknowledged as Ireland’s Finest Tenor at the Dublin National Concert Hall’s Silver Jubilee in 2006. To date, his career has included major television appearances, charity benefits, operas, and performances with the world’s most celebrated orchestras. He has had the honor of singing for three U.S. Presidents.

Last year, Mr. Kearns sang at the National Memorial Day Concert for a live audience of 10 million viewers from the U.S. Capitol grounds on PBS. On March 16, 2015, he headlined The American Ireland Fund’s 23rd National Gala. In April, he sang the tenor role in The Irish Ring Concert – i.e., a trilogy of Irish operas – at Ireland’s National Concert Hall.

Kearns said the Wells of Life water well he dedicated in honor of 9/11 victims is a “tribute to their lives and those who fought to protect freedom around the globe.”

Active members of the military, veterans and their families will be honored over Thanksgiving weekend during America Salutes You, a star-studded musical spectacular asking viewers for their financial support of programs that assist military communities across the country. More →