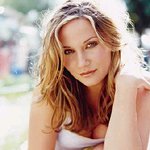 In what has now become tradition, the newly crowned winner of AMERICAN IDOL Season 13 will make their first appearance performing the “National Anthem” to open the 25th Annual NATIONAL MEMORIAL DAY CONCERT on Sunday, May 25th.

Also joining the line-up is Grammy Award-winning country music artist Jennifer Nettles, who will offer a musical salute, with 100 recently returned veterans from Afghanistan on stage, as a grateful nation recognizes the more than 2.6 million men and women who have served, and are currently serving, over the past 13 years.

Distinguished American statesman General Colin L. Powell USA (Ret.) will lead the tribute to our servicemen and women with an inspiring “Welcome Home” to thank our veterans, as they begin to come home from Afghanistan, for their valor. The war in Afghanistan has set a milestone as the longest conflict in our nation’s history where our best and bravest have shed their blood in the war against terrorism.

The multi award-winning program airs on PBS Sunday, May 25, 2014, from 8:00 to 9:30 p.m., before a concert audience of hundreds of thousands, millions more at home, as well as to our troops serving around the world on the American Forces Network.