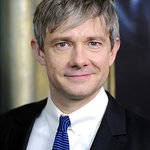 Wild animals still haven’t been banned from being used in circuses in the UK, but Sherlock star Martin Freeman is on the case.

With Parliament due back in session next week, the actor has sent an urgent letter on PETA's behalf to Prime Minister David Cameron, from one father to another, urging him to do the right thing and bring in a ban on wild animals in circuses. The letter comes after David Cameron’s failure to follow through on his promise to ban wild animals from travelling circuses by January 2015.

“As a father, I’d like to see my children grow up in a country where animals are treated with respect, not as objects of ridicule”, writes Freeman, who has two children with Sherlock co-star Amanda Abbington. “Allowing circuses with wild animals to continue to operate in the country sends the message to children that it’s OK to dominate animals and ignore any pain and suffering that they’re experiencing – which, of course, it’s not.”

Wild animals in circuses commonly suffer from chronic health problems, abusive treatment, psychological disorders and aberrant behaviour, and many die prematurely. By virtue of the very nature of circuses – which confine animals to cages or boxcars for long periods of time, force them to perform tricks that are uncomfortable and even painful for them and deny them the opportunity to engage in natural behaviour – animal welfare can never be ensured in a circus environment.

This legislation has been a long time coming. In 2011, Cameron was instructed by Parliament to get wild animals out of circuses, and despite overwhelming public support for a ban, evidenced by a Defra consultation which saw 94 per cent of respondents, including the British Veterinary Association, backing an end to this archaic form of entertainment, the Prime Minister has so far failed to act.

Freeman joins Michael Sheen and Ann Widdecombe in teaming up with PETA – whose motto reads, in part, that “animals are not ours to use for entertainment” – to push the government to join Austria, Bolivia, Finland, India, Mexico and many other countries in prohibiting wild-animal circus acts.