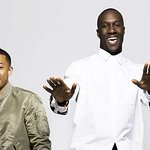 The International Rescue Committee will host its annual Freedom Award Dinner which will honor Founder and Executive Chairman of Econet Wireless, Strive Masiyiwa, President and CEO of MasterCard, Ajay Banga and Josh Weston.

The International Rescue Committee’s Freedom Award Dinner supports the organization’s lifesaving humanitarian aid work around the world. The Freedom Award has been presented to individuals who have made extraordinary contributions in support of refugees, and who have championed the cause of liberty, individual freedom and dignity.

Stars and Penguin Scientists Voyage to the Antarctic with Greenpeace Jan 27, 2020

Award-winning actors and marine scientists are onboard two Greenpeace ships; the Esperanza, and the Arctic Sunrise, to research and expose the impact of climate change, plastic pollution, and industrial fishing in the Antarctic region on penguin colonies, whales, and other marine life. More →
More news →