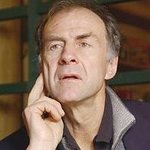 The British Heart Foundation has announced explorer and adventurer Sir Ranulph Fiennes as its latest Ambassador.

The 71-year-old explorer, who has a long history with the charity, was first made aware of the BHF’s life saving work when he suffered a heart attack in 2003.

Despite his active lifestyle, Sir Ranulph suffered a heart attack while waiting on board a plane at Bristol Airport. He then suffered several cardiac arrests and it took 13 attempts to restart his heart. He was taken to Bristol Royal Infirmary where an emergency heart bypass was performed by Gianni Angelini, BHF Professor of Cardiac Surgery at Bristol Heart Institute.

Professor Angelini pioneered the technique of ‘beating heart surgery’ which allows bypass surgery to be carried out while the heart is still beating, instead of a mechanical pump taking over the action of the heart. It’s less traumatic for the body and patients generally recover more quickly. Sir Ranulph is one of the people who has benefited from this.

There are 2.3 million people in the UK living with coronary heart disease, the major cause of heart attacks. Advances in diagnosis and treatment, many of which are made possible by BHF research, mean that 70 per cent of people, including Sir Ranulph, survive a heart attack.

Recently Sir Ranulph visited Professor Angelini’s lab in Bristol to see the latest research that the BHF is helping to fund. Sir Ranulph watched work to grow blood vessels in the lab, which could be used as grafts to treat babies who are born with heart defects.

Professor Angelini explains some of his BHF-funded research: "I split my time between operating on people who need heart surgery, like Sir Ranulph, and researching ways to improve heart surgery for adults and children.

"One way we are doing this is by trying to grow new blood vessels from stem cells that can be transplanted into babies with a heart defect. Ideally, this new blood vessel will grow with the child and the need for further surgery is reduced. If a man-made implant is used, it has to be replaced every time a child outgrows it, repeatedly exposing the child to the trauma and risks of major surgery."

Sir Ranulph explains: "I wouldn’t be around today if it wasn’t for Professor Angelini. From day to day, month to month, year to year, that is at the back of my mind. Three months after the operation when I was going to do the seven marathons, my wife brought me back to see Gianni. I think she assumed he would cover himself by telling me I couldn’t do that. But he didn’t.

"Seeing the research that could one day help other heart patients was wonderful. There have been huge steps since I was in Professor Angelini’s care. The fact that they are trying to grow parts, which one day may be used to help repair babies’ hearts – you can’t believe it. This has been fantastic."