AID FOR AIDS To Host My Hero Gala 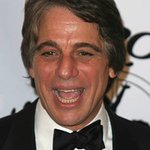 AID FOR AIDS, the international non-profit organization committed to empowering communities at risk of HIV and other vulnerable situations, has announced the honorees for this year’s annual “My Hero Gala.”

Iconic scientist Dr. Anthony Fauci will receive the My Hero Award for decades of substantial contributions to HIV/AIDS research and other immunodeficiencies, both as a scientist and as the head of the National Institute of Allergy and Infectious Diseases. Television star and activist Daniel (Danny) Pintauro will be presented the Courage Award by his “who’s the Boss” co-star Tony Danza for his efforts to reduce stigma and discrimination.

Additionally, the organization has announced that ABC national news special correspondent Gio Benitez will be the emcee for the evening, and Latin pop star Guto Bittencourt will perform, debuting the song “Rolling” from his upcoming album. 100% of the royalties from his new single will be donated to AID FOR AIDS international (AFA).

Now in its 19th year of its international life-saving work providing 1st world medicines to developing, world populations, founder and Executive Director Jesus Aguais said, “Now in its 19th year, AFA celebrates being recognized internationally as a successful model of empowerment. As we close in on our 20th anniversary our ambitious goal is to continue reducing stigma and discrimination associated with HIV, as well as to expand our high social impact programs that enable the development of leadership, adopting prevention and comprehensive health as a lifestyle for a better quality of life.”

The “MY HERO Gala” will be held November 4th at the new Cipriani on Broadway in downtown New York City.