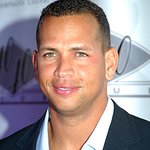 BTIG, LLC announced today that it will host its 15th BTIG Commissions for Charity Day on Tuesday, May 2, 2017 in the U.S.

BTIG then continues BTIG Commission for Charity Day in its Asia-Pacific and European affiliate offices on Wednesday, May 3, 2017. The two-day event is part of a global initiative supported by the firm’s institutional trading clients, a growing roster of celebrities and employees across four continents. As a result of the event each year, the firm donates to hundreds of charities, many of them supporting children.

Philanthropic clients actively participate by nominating well-deserving non-profit organizations to support through the annual event. All-star athletes, models, actors, actresses, journalists and other cultural icons also act as celebrity guest traders alongside BTIG’s institutional traders, building excitement for the event and appearing as ambassadors for their charities of choice.

“We are honored and humbled by all that we’ve accomplished together,” said Steven Starker, Co-Founder of BTIG. “As we prepare for the 2017 event, we look forward to learning more about the causes that are important to our clients and celebrity partners, and are proud that our donations can support their goals in the year ahead.”

Since pioneering its first Commissions for Charity Day in 2003, BTIG has donated more than US$40 million to hundreds of charitable organizations, including over US$5 million from this event in 2016. “This year marks the 15th BTIG Commissions for Charity Day. Each year, we are all energized by the enthusiasm of our clients, celebrity partners and colleagues as they volunteer their time and come together to make a difference in the lives of so many others,” said Scott Kovalik, Chief Executive Officer and Co-Founder of BTIG.