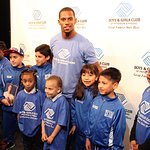 Victor Michael Cruz is an American football wide receiver for the New York Giants of the National Football League (NFL).

Following the shootings at Sandy Hook Elementary School on December 14, 2012, Cruz honored one of the victims, Jack Pinto, age 6. Pinto was a fan of Cruz, who wore a tribute on his shoes in the game against the Atlanta Falcons two days after the massacre. In permanent marker, one shoe read “R.I.P. Jack Pinto” and the other “Jack Pinto My Hero.” On December 19, 2012, he visited the Pinto family in Newtown, saying, “I felt like it was only right that I pay my respects to him and be as comforting to that family as much as I can.” Cruz gave the cleats and gloves he wore in the Falcons’ game to Pinto’s brother, Ben.

Cruz has supported multiple charity events over the years, most recently taking part in the Bloomberg Tradebook Charity Day on October 27, 2016.

Cruz also started the Victor Cruz Foundation back in 2012. After taking a very slow approach to make sure he created a charitable foundation that would have a valuable impact, Victor knew exactly what direction to go into after a visit to the White House Science Fair. There he toured the showcase of science projects with President Obama and fell in love with the idea and the importance of the study of S.T.E.M education.

Victor Cruz has supported the following charities listed on this site:

Google trends for "Victor Cruz"
Available to Insiders only
Get Insider Access to these insights & more...

You can contact Victor Cruz using details from this service. (Or read our advice on how to contact celebrities) 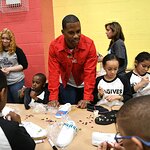 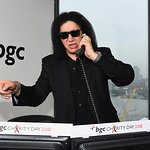 Dozens of actors, musicians, sports personalities and other distinguished guests donated their time on September 11th to honor the memories of those who lost their lives on 9/11 by raising more than $12 million for charities around the world. More →
More news about Victor Cruz →

We don't have any videos related to Victor Cruz.