The evening featured special performances by Pitbull and JoJo with 100% of ticket and sponsorship proceeds made immediately available through the Gwendolyn and Joseph Straus Charitable Fund of Care One for Puerto Rico relief efforts.

With deeply rooted family values of compassion and charitable giving, Daniel E. Straus and his daughter, CareOne Executive Vice President Elizabeth Straus, mobilized the effort to provide aid and raise funds for Puerto Rico. “Given our family’s businesses, we are in a position to help and did not hesitate. This is also personal for us as we have several facilities in Puerto Rico where staff members and their families have been deeply affected,” says Elizabeth Straus.

CareOne has continued to provide assistance to the victims of Hurricane Maria in concert with its sister company in Puerto Rico, InnovaCare. In their most recent initiative to provide on-ground support, planes were deployed transporting physicians and medical supplies to Puerto Rico, as well as bringing several people requiring immediate medical attention back to the mainland U.S. for hospital treatment. 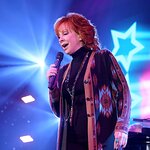