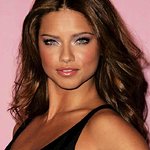 BTIG, LLC announced today its growing list of celebrity participants for the 15th BTIG Commissions for Charity Day on Tuesday, May 2, 2017.

The firm’s annual event is celebrated across BTIG’s 14 global locations, including nine offices throughout the U.S. and five affiliate offices in Europe, Asia and Australia. The following celebrities are expected to attend this year, and additional celebrities will be announced in the coming weeks.

“Celebrities play a critical role in driving momentum leading up to the event, and fueling the excitement throughout the trading day,” said Steven Starker, Co-Founder of BTIG. “Each year, the collaboration between celebrities, clients and employees helps BTIG make a significant impact on people in need worldwide.”

Hundreds of charities receive a donation from BTIG Charity Day. Charities are nominated by clients and celebrity guest traders, a unique process which enables the firm to be introduced to many new non-profit organizations each year. Since the event’s inception in 2003, BTIG has donated more than US$40 million to hundreds of charitable organizations around the world, including more than US$5 million from the May 2016 event.