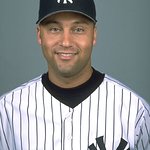 The biggest names in the worlds of sports and entertainment will gather for three days of special events and competitive golf for the 2016 Derek Jeter Celebrity Invitational (DJCI) April 20-23, 2016.

Shadow Creek, one of the world’s most exclusive golf courses, once again will be the home of this spectacular private, invitation-only golf event.

“The Derek Jeter Celebrity Invitational is a tremendous opportunity to enjoy world-class golf, food and entertainment with great friends while supporting my Turn 2 Foundation in its mission to create social change and help young people reach their full potential," said Derek Jeter. “I am grateful for what we have been able to accomplish so far and look forward to building on our success in 2016.”

During his rookie year in 1996, New York Yankees All-Star shortstop Derek Jeter established the Turn 2 Foundation while sharing a pizza with his father in a Detroit hotel room. The name “Turn 2” is symbolic of the dramatic double play made by infielders during a game. It also represents Jeter’s wish to promote healthy lifestyles among young people and enable them to “Turn 2” his Foundation for guidance and much-needed help to avoid drugs and alcohol.

Since its launch in December 1996, the Turn 2 Foundation has awarded more than $20 million to create and support programs and activities that motivate young people to turn away from drugs and alcohol and “Turn 2” healthy lifestyles. Its signature Jeter’s Leaders initiative is a four-year leadership development program that fosters academic achievement, positive behavior and social change among high school students in New York City and West Michigan.

“The partnership with Derek Jeter and the Turn 2 Foundation has been extraordinary.” said Pete Falcone, president & CEO of JP Sports & Entertainment, LLC, who negotiated the terms to bring this event to fruition. “We are passionate about Derek’s mission with his Foundation and look forward to continuing an incredible event raising funds for an important cause.”

This year’s DJCI is scheduled to kick off Wednesday, April 20 with a private welcome reception. The first of two rounds of the Celebrity-Amateur tournament, which pairs one celebrity with four amateur participants, will begin Thursday, April 21 at Shadow Creek. The event will conclude with the final round of the Celebrity-Amateur Friday, April 22 and will be followed by one of the event’s signatures, the DJCI Gala and incredible silent auction at ARIA Resort & Casino.