BAFTA Los Angeles Announced Board and Officers for 2016 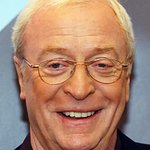 The British Academy of Film and Television Arts Los Angeles (BAFTA Los Angeles) announced today their Board of Directors and Officers for 2016.

Kieran Breen, President of International Marketing at 20th Century Fox International, will continue his role as Chairman of the Board of Directors, having been re-elected to the position for a second term.

“The strength of this year’s Board is an indication of just how influential BAFTA Los Angeles has become in the community here in LA,” said Breen. “2016 promises to be an exciting and pivotal year in the growth of our Academy and I am delighted to be leading such a highly talented and experienced group of executives.”

The Board of Directors is comprised of BAFTA Los Angeles Members who volunteer their time and expertise to the organization, with a focus on policy, strategic direction and fundraising. The Board works alongside the organization’s seven members of staff, led by Chief Executive Officer Chantal Rickards and Chief Operating Officer Matthew Wiseman .Together, the Board and Staff are responsible for the extensive programming, events and initiatives that BAFTA Los Angeles presents, the fulfillment of its mission, and the overall operations of the organization.

“Our Members and Nominating Committee have elected a terrific Board of Directors for 2016, whose prominence in the industry and exceptional skills will enable us to expand our great work in celebrating the excellence of this generation, and educating the next,” stated Rickards. “The BAFTA Los Angeles staff is delighted to be supported by such talented, experienced, and generous individuals and look forward to an exciting year ahead.”

BAFTA Los Angeles thanks outgoing Board Members Phil Ashcroft, Katy Haber, Deborah Kolar, Sandro Monetti, Julia Verdin, and Brian Walton for their invaluable contributions to the organization throughout their time on the Board of Directors.

About BAFTA and BAFTA Los Angeles
The British Academy of Film and Television Arts supports, develops and promotes the art forms of the moving image by identifying and rewarding excellence, inspiring practitioners and benefiting the public. In addition to its Awards ceremonies, BAFTA has a year-round programme of learning events and initiatives – featuring workshops, masterclasses, scholarships, lectures and mentoring schemes – in the UK, USA and Asia; it offers unique access to the world’s most inspiring talent and connects with a global audience of all ages and backgrounds. To access the best creative minds in film, TV and games production, visit www.bafta.org/guru. For more, visit www.bafta.org.

Founded in 1987, BAFTA Los Angeles serves as a bridge between the Hollywood and British production and entertainment business communities. Its commitment to professional and community education is at the heart of all activity, including an award-winning community outreach programme, screenings, seminars, Behind Closed Doors series, Q&As, scholarships for British students studying in the US, a Newcomers Program for emerging British talents working in the US, and a Heritage Archive project that preserves in-depth interviews with the industry’s leading talents for future generations. BAFTA Los Angeles celebrates and promotes excellence through its annual Britannia Awards, Awards Season Film and Television Tea Parties and the Student Film Awards.