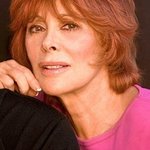 American actress Jill St. John – whose career started as a nine-year-old in Hollywood and is best known as one the “Bond Girls” for her role in the James Bond film, Diamonds Are Forever – will be honored at the annual Champion Honors Luncheon benefitting the Barbara Sinatra Center for Abused Children.

The event will be held at the Hyatt Regency Indian Wells Resort & Spa on Friday, February 12, 2016.

Jill St. John is married to actor Robert J. Wagner and the couple has been very committed to helping the Children’s Center since it was founded by Barbara and Frank Sinatra 28 years ago.

“Both Jill and RJ have been staunch supporters of the Children’s Center and close friends with Barbara,” said Children’s Center Director and Executive Officer, John Thoresen. “We have a group of annual donors called the Aunts Club which provides needed funds to help the children and the families we serve. Jill St. John was the impetus for the group and our first Aunt. We can think of no more deserving person to honor,” Thoresen added.

“Nothing is more important on our planet than helping children, especially children faced with the challenges of those who are benefited by the help they receive from the Barbara Sinatra Children’s Center,” said Jill St. John. “They can lead happy, successful and purposeful lives thanks to the Center. This is all due to the herculean efforts of Barbara Sinatra, who knows that the children are our future. She has made their happiness possible.”

Previous Champion Honors Luncheon honorees have included philanthropist Jackie Autry, who together with her late husband Gene Autry were also instrumental in the development and continued support of the Children’s Center. Champion Honors Co-chair, Helene Galen will introduce Jill St. John at the event.

The luncheon will feature an intimate and unforgettable on-stage conversation between the legendary baseball icon Hank Aaron and former Commissioner of Baseball, Mr. Bud Selig. Commissioner Selig and Hank Aaron are looking forward to this first-ever, candid, free-wheeling conversation about baseball and the respective roles they both played.