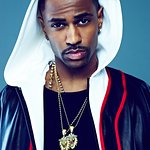 A native of Michigan, Big Sean is not taking the Flint, Michigan water crisis lightly.

Although Big Sean is one of the many celebrities taking note and helping of the water crisis in Flint, Michigan, he has decided to take a great step to support the community as they battle inaccessibility to clean water.

There’s also an incentive for donors: specific donation amounts qualify donors for the opportunity to meet Big Sean during his upcoming unannounced US tour.

On the campaign page, Big Sean states, “I’m raising money to support the kids of Flint Michigan. Toxic water in Flint has rendered the water undrinkable and put the entire city in a state of emergency. Flint’s children were hit the hardest and some have experienced permanent and potentially devastating health defects from lead poisoning. We know the needs of Flint children exposed to lead, particularly those most vulnerable – children ages 0-6 – are ongoing and long-term. You can be assured that your gift will be used for critical interventions today and well into the future.”

Big Sean expresses more of his thoughts on the water crisis in Flint, Michigan on The Sean Anderson website stating, " I am devastated by the water crisis that has put the entire city of Flint in a state of emergency …it is my hope we can help by raising the money needed to ensure that the children who have been hit the hardest receive the care that they need today and well into the future."

Big Sean started the Sean Anderson Foundation to assist in the education, health, safety and well-being of Detroit Area school aged youth as well disadvantaged youth in other areas across the nation.

Ally Financial is on a mission to increase diversity of thought in the workplace and find the best and brightest young entrepreneurs across the country. More →