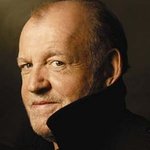 Held at the Hyatt Regency Ballroom, the gala honored two of Houston’s most outstanding citizens – Shelby Hodge, Houston Chronicle Society Columnist, and her husband, professor Shafik Rifaat – for their unwavering commitment to Houston Children’s Charity during each of its 12 years of existence.

The Houston Children’s Charity is dedicated to improving the quality of life for Greater Houston’s underprivileged, abused, and disabled children.

Earlier this year, Cocker played a huge charity concert in Hotchkiss, Colorado, where he has lived since 1992. All proceeds from the concert were donated to the Cocker Kids Foundation, a charity started by the British soul singer in 1998 to help children in Delta County achieve their dreams. Since its inception, the Cocker Kids Foundation has donated over $500,000 to help create youth sections of local libraries, build playgrounds, support athletic teams, fund the Delta County Health and Human Services and help many local kids reach a goal they might not have been able to afford. 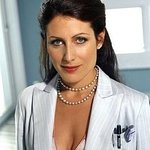 An impressive list of stars will be turning into party animals at the newly restored Hollywood Palladium on Thursday, November 13th, for the 15th annual Lint Roller Party. More →