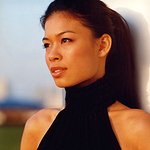 Superstar violinist and Olympic skier, Vanessa-Mae, is hoping she can help orchestrate a wave of public support for ending animal testing in Thailand.

A statement from the Thai government, that it has agreed in principle to look at ending animal testing for cosmetics, has struck a chord with the Cruelty Free International Ambassador, who is currently in Thailand visiting family and the Thai Olympic Committee.

In April 2015 Cruelty Free International received confirmation from the Ministry of Public Health in Thailand that it is now in the process of reviewing the availability of local laboratories and decision-makers to use non-animal safety testing for cosmetics. Vanessa-Mae, whose father comes from Thailand, is hoping to use her profile in the country to place a spotlight on the issue and encourage the Ministry of Public Health to make good on their intention to phase out cosmetics tests on animals.

Vanessa-Mae says: “I am proud of my Thai heritage and the family roots I have in this country, so I am very encouraged to hear from Cruelty Free International that the Thai government has in principle accepted a phase-out of animal testing for cosmetics. I know that many people in Thailand are eager and impatient to hear of progress towards implementing this. It is now time for Thailand to demonstrate to the world that it is a modern, forward-thinking nation and to join the increasing number of compassionate countries around the globe showing their commitment to ending the horrific and unnecessary practice of animal testing for cosmetics.”

Michelle Thew, Cruelty Free International CEO, said: “We are delighted with the open-minded response shown so far from the government in Thailand towards adopting humane methods of testing cosmetics. The intention shows that Thailand is very much in tune with the growing anti-animal testing sentiment spreading across the globe. The move away from animal experiments for cosmetics is snowballing and we hope for an opportunity to work with the Thai authorities to make this happen and help progress the issue across ASEAN.”

Since the EU ban on animal cosmetics testing in 2013, Cruelty Free International has led the campaign to see similar action implemented globally, including in Thailand and the ASEAN community. In Vietnam a programme to train local scientists in alternatives to animal tests for cosmetics was funded by the organisation.

In 2014, Cruelty Free International delivered a ground-breaking scientific report on the alternatives to animal tests to over one hundred governments around the globe, including Thailand. The report, ‘Meeting the Global Challenge: A guide to assessing the safety of cosmetics without using animals’ is a roadmap designed to help governments, politicians, regulators and cosmetics manufacturers worldwide switch to alternative ways of testing products. It describes the alternative approaches that are available to replace animals and shows how they are more reliable, faster and cheaper than the animal tests they replace.

Today the leading organisation campaigning for an end to animal experiments Cruelty Free International was joined by actor and activist Alicia Silverstone at the United Nation’s annual High-Level Political Forum to call on the world’s decision-makers to bring an end to the testing of cosmetics on animals. More →

Chipotle Mexican Grill today announced it is partnering with Shawn Mendes and the Shawn Mendes Foundation to launch “Wonder Grants” supporting young innovators in sustainability, as well as a “Shawn Mendes Bowl” on the Chipotle app and Chipotle.com for a limited time in the U.S. and Canada. More →
More news →