Stars Set Out To Circumnavigate UK By Sea 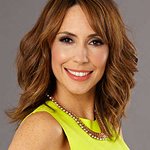 Gale force winds are due to hit the south coast of England on Wednesday so they’ll be racing against time to make it around Land’s End as quickly as possible.

The decision was made late Sunday night that sailing north was no longer an option as the boat would encounter 10m high waves around the Orkney Isles, which no sailboat can sail in! Not even Ian Walker, the first British skipper to win the Volvo Ocean Race and the skipper on the challenge, fancied his chances running into waves this big as he has never faced waves of such height during the whole of the Volvo Ocean Race!

The mammoth challenge will see them battle fearsome winds, freezing temperatures and rough seas, in a feat of pure physical, mental and emotional endurance. The challenge is sponsored by BT, a long-term supporter of Sport Relief challenges since 2009.

Ian Walker, Volvo Ocean Race Skipper, said “The celebrities will really need to use all of their strength and all get stuck in to make sure we sail past Land’s End in time to find shelter for 24hrs between Tuesday night and Wednesday night whilst the storm hits us. However, they will not be getting off the boat so no getting their hopes up as we will be like sitting ducks, dropping the anchor somewhere between Falmouth and Portsmouth to sit out the storm!”

The celebrity crew are all paired up into a buddie system so they are able to carry out their daily tasks of manually hoisting the sails with the largest sail being as big as two and a half volleyball courts, steering the boat, and much more in four hour shifts. The team are living, sleeping and working on the Volvo Ocean 65 – a carbon-fibre speed machine that has been optimized for maximum performance. At 65 feet, and weighing in at 12,500kgs the vessel is as long as five cars and weighs the equivalent of twelve great white sharks.

The incredible feat kicked off in Belfast on Monday 7th March after a weekend of intense training, with The One Show audiences and Sport Relief supporters able to track the team’s progress by tuning in for live updates on BBC1’s The One Show, every day from 7pm. Suzi Perry will also be chatting to Simon Mayo live on Radio 2 every day during the challenge.