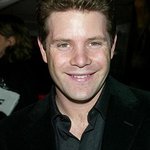 Actor Sean Astin has paid tribute to his mother, Patty Duke, by starting a Crowdrise campaign.

Duke – a passionate supporter of mental health issues – passed away this week, and Astin has launched the Patty Duke Mental Health Project in her honor.

“My mother’s life touched tens of millions of people,” he said. "She became a voice for the voiceless and a reassuring presence for the scared, the intimidated and the lost. She was a healer of many souls and a champion for so many in need.

“Her greatest achievement was confronting her mental illness and making her story public. She crossed the Nation speaking and campaigning and lobbying for mental health. My mom took her place as a mental health advocate in the greatest tradition of noble leadership.

“Before her passing, before the suffering became too great, we talked about how the core mission of her mental health work might continue beyond her life. This initiative will fuel a multi-level approach to achieving results for those suffering with mental illness, and for their families and communities. Public awareness campaigns, lobbying efforts, and supporting a multitude of mental health programs big and small will be organized, prioritized and vigorously pursued.

“The funds raised here will establish the Patty Duke Mental Health Initiative: the legal expenses, the formation of a board of directors, the establishing of a location, the hiring of an experienced executive director to manage professional fundraising, initial staffing and all of the costs associated with launching an endeavor of this sort.”

To find out more and make a donation, click here.