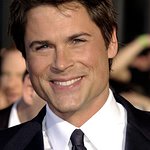 Pale Girl SPEAKS is a social networking movement dedicated to raising awareness and preventing melanoma which was founded by Hillary Fogelson. Fogelson and her husband, Universal Pictures Chairman Adam Fogelson, are co-sponsoring the 5K for the second year in a row, and Universal Pictures is a sponsor. All proceeds from the event go to the largest independent organization devoted to melanoma education and prevention, the MRF. The announcement was made last week by the MRF’s Executive Director Tim Turnham and Pale Girl SPEAKS’ Hillary Fogelson.

“Melanoma is the deadliest form of skin cancer, taking someone’s life every hour of every day and we know that the majority of melanomas are due to overexposure to harmful UV rays,” said Turnham. “The MRF is pleased to partner with the Lowe and Fogelson families to help raise awareness of this deadly disease and hopefully prevent future diagnoses.”

“We’re looking forward to a great day of fun and competition for such an important cause,” said Sheryl and Rob Lowe. “Lace ’em up and join us for a very important event!”

Participants in the 5K Run/Walk at Universal Studios will experience many of the iconic motion picture scenes that populate the Universal Studios backlot including Amityville Island from Jaws, Spartacus Square, the War of the Worlds plane crash and the village of Whoville just to name a few. With their “Style Experience” tent for all participants and volunteers, Style Network, through their “Fight with Style” skin cancer prevention initiative, will provide free skin damage assessments by estheticians, sun protection products and skin care tips for all attendees. There will also be several sponsored booths with free samples, skin checks and tips on how to face the sun safely, popular food trucks including The Green Truck, PerkUp and Crepe’n Around, Minions from Despicable Me and one of the cars from Universal’s upcoming movie Fast & Furious 6. The Street Team from the MLS Cup Champion soccer team LA Galaxy will be on hand with games and prizes for soccer fans as well as the a capella supergroup Level.

“As a melanoma survivor, it’s thrilling to be a part of this event and spread the word about the importance of protecting yourself and your family from the harmful effects of the sun,” said Fogelson. “To be able to raise money for melanoma research and patient education while enjoying a morning run with my family, friends and tons of other survivors – is extremely gratifying!”

The inaugural Miles for Melanoma 5K Run/Walk at Universal Studios was a huge success, bringing in over 1,000 participants to the Universal Studios backlot and helping to raise more than $200,000 for melanoma research, advocacy and education.

Visit the MRF’s Miles for Melanoma website for more information about special guests, prizes and activities during the event.