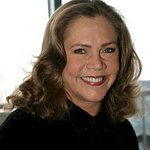 Yesterday was Equal Pay Day, and Kathleen Turner penned an op-ed for the Huffington Post emphasizing the importance of equal pay and how much is at stake in the 2016 elections given the Republican presidential candidates’ disregard for this critical issue.

“Each year Equal Pay Day highlights how far we still have to go in the fight for pay equity, and it’s striking how little headway has been made on closing the gap in recent years, with progress all but stagnating in the past decade,” she wrote. "Across the board, women continue to be paid less than their male counterparts — a fact that takes on new significance in an election year where the views of the Republican presidential candidates on the gender pay gap range from dismissive to downright hostile.

“But the numbers speak for themselves: according to the latest data, women earn on average 79 cents for every dollar that men earn. When you consider a full lifetime of work, the scope of inequality becomes far more dramatic. A new report from the National Women’s Law Center on the “lifetime wage gap” shows that across 40 years of working, based on the current figures, women lose more than $430,000. When you break down the numbers by race, it’s even more stark; African American women lose over $877,000, and Latinas more than a million dollars. When women are making hundreds of thousands of dollars less than men over a lifetime, it affects not only women’s financial stability while working and during retirement, but also the financial stability of our families.

“When you look at the presidential candidates’ stances on pay equity, it’s clear that the 2016 election will be a pivotal moment for whether progress is possible in the near future. Trump claims to “love equal pay,” but says he won’t support the legislative efforts necessary to make it happen. At an event last year, he told a woman asking about the pay gap that “you’re gonna make the same if you do as good a job.” Sen. Ted Cruz voted against the Paycheck Fairness Act and derided it as a “political show vote.” A 2014 newspaper investigation found that in Gov. John Kasich’s office, women were paid nearly $10 less per hour than men, yet on the campaign trail, Kasich blamed not discrimination, but paid leave laws, for causing the wage gap!

“Despite Republicans’ dismissal of the issue, equal pay for equal work remains a goal rather than a reality for women across the country. And until we close the gap, Equal Pay Day will remain an unhappy reminder of this continuing inequality.”