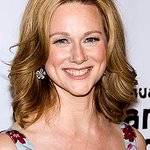 The honorees will be joined by leaders in entertainment, politics, business and medicine, including Gabourey Sidibe, who will present Ms. Linney with Tower Cancer Research Foundation's (Tower’s) Humanity Award. Red Carpet arrivals will begin at 6:00 PM at the Beverly Hilton Hotel, 9876 Wilshire Boulevard in Beverly Hills, California.

Ms. Linney, who is being feted for her work on the groundbreaking Showtime series “The Big C,” both as a series executive producer and for her fearless portrayal as the series’ central character, a cancer patient confronting the disease, is a three-time Academy Award nominee, and has been nominated and won numerous awards throughout her career in film, television, and stage. Ms. Simpkins, an actress and producer, is a Stage IV neuroendocrine cancer survivor. Her body of work includes the multiple award-winning Sundance independent film Chief, and her Oscar-nominated 2011 film The Descendants, where she met her spouse, producer Jim Burke, President of Production at Focus Features and a Partner at Ad Hominem Enterprises, a production company he shares with Alexander Payne and Jim Taylor. Dr. Rosenfelt is an active member of the attending staff at the Cedars Sinai Medical Center and has been a past Clinical Chief of the Oncology Division as well as past Chairman of the Cancer Committee at that institution. He is a Clinical Professor of Medicine at the David Geffen School of Medicine (UCLA). The evening is designed to bring attention to cancer and raise funding for Tower, a leading donor-directed, specialized cancer research foundation focused on funding Southern California initiatives with a global impact. Tower provides grants for innovative research, caring patient support and community education to promote more effective treatments for cancer.

“Tower Cancer Research Foundation is such a valuable resource and does incredibly important work. Knowledge is indeed power when it comes to living with and fighting cancer. Their contribution to research and the education of the next generation of scientists gives us all hope that cancer can become a thing of the past,” said Ms. Linney.

The Tower of Hope Gala marks the 20th anniversary of Tower Cancer Research Foundation. Over the course of the last twenty years, Tower has raised well over $30 million, funding that supports a multitude of different scientific grants from one-year $100,000 Career Development Grants to five year $500,000 Senior Investigator Grants to $1,000,000 Multi-disciplinary Discovery Funds. Tower has participated in funding more than 200 clinical trials, and provided over $2 million in seed money for young cancer researchers from the Southern California community via the organization’s Career Development Grants. This funding gives these young, aspiring scientists the ability to move forward with their clinical research, often allowing them to develop their novel hypotheses and create a promising foundation from which to pursue further research funding. Tower’s seed money research investment strategy has been so successful that it has led to $35 million in additional funding from other foundations and cancer centers for these investigators. Tower’s Discovery Fund, a new initiative, encourages the pursuit of high-risk, high-reward research projects by providing scientists with funding upfront, thereby removing barriers to entry. Tower believes that leading-edge and novel ideas may not yet qualify for traditional grant funding due to a lack of preliminary data.

Tower also supports a variety of Southern California community partners who bring vital cancer programs to underserved populations throughout Los Angeles. Tower’s patient support division, LA CanSurvive, is an integrative survivorship wellness center with in-depth programs offered at no cost to cancer survivors and their loved ones. Tower’s goal is to help participants develop a physical and emotional toolkit to manage the challenges of the disease. LA Can Survive offers vanguard programs and workshops, including 6-week classes for cancer survivors that address end-stage disease challenges, classes for cancer caregivers, cooking classes to develop a nutritional approach to cancer survival, and individually tailored experiences such as a one-on-one fitness training with a cancer-trained therapist.