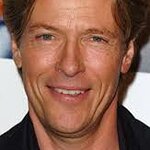 On May 21, 2016, celebrities, community members, LAPD and representatives from the US Armed Forces will help raise funds for the Los Angeles Police Memorial Foundation at Rancho Park Golf Course in Los Angeles.

This day will also be a celebration of Armed Forces Day and several members of the US Armed Forces will be participating alongside LAPD Officers, sponsors and celebrities.

Proceeds from this event benefit family members of LAPD employees experiencing catastrophic circumstances resulting from the officer’s injury or death. Since it’s inception in 1972, the Foundation has granted more than $16 million for medical, funeral and educational expenses without any taxpayer money.

The event is family friendly and open to all ages. Fans will have an opportunity to walk the course and see their favorite celebrities golf. There will be live entertainment, food vendors, LAPD specialized unit displays, Armed Forces displays and a Traffic Safety Fair. This year will also feature the Star Wars characters onsite for photo opportunities.