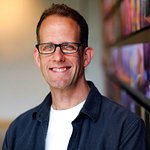 The British Academy of Film and Television Arts Los Angeles (BAFTA Los Angeles) has announced today the finalists for the BAFTA US Student Film Awards, which will be presented at a gala ceremony June 16, 2016 at the Wallis Annenberg Center for the Performing Arts in Beverly Hills.

Now in its thirteenth year, the event identifies and celebrates the very best student short films produced in the US.

The BAFTA US Student Film Awards identify and celebrate the best creative works produced by American and international students studying in the United States. The event is presented as part of BAFTA’s on-going commitment to supporting and developing emerging talents, with the finalists also invited to attend BAFTA’s year-round educational events in the US. The BAFTA US Student Film Awards also serves to connect rising international student filmmakers with experts from the UK entertainment industry.

“The Student Film Awards help to demonstrate our ongoing commitment to celebrating new talent and connecting promising international students with BAFTA’s membership and programming,” said Kieran Breen, BAFTA Los Angeles Chairman. “We hope that by nurturing these minds, we help to strengthen the bridge between the UK and US entertainment community for years to come.”

The finalists were selected from 245 films submitted by 56 schools across the US, with each school submitting their best films for consideration. The selected films will be screened at the gala ceremony, where BAFTA Los Angeles members will cast their vote onsite for the winner of the 2016 BAFTA US Student Film Award. The Special Jury will also vote onsite for the recipient of their Special Jury Prize.

The 2016 BAFTA US Student Film Awards is sponsored by AKA, Afex, American Airlines, Adrian Flambard and AMD.

For more information about the 2016 BAFTA US Student Film Awards and the British Academy of Film and Television Arts Los Angeles, visit www.baftala.org. 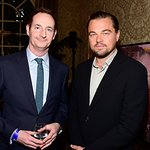