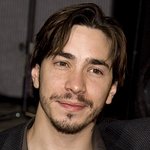 Justin Long has joined forces with PETA to voice the true story of a lonely dog named Charlie, who was forced to live alone in a small, muddy backyard.

Charlie’s suffering caught the attention of his neighbors, whose outdoor camera documented his neglect. The footage was made into a heartbreaking new time-lapse video, which shows him pacing endlessly out of boredom and watching through the window of his family’s house from the tiny backyard as his guardians enjoy all the comforts of home without him.

“PETA’s video of this dog’s cruel neglect is difficult to watch,” says Long. “But it’s important that we DO watch so that we can better understand the level of human depravity that we’re fighting against. There is something resembling sadism that would compel a human being to treat an animal this way, an animal [who] so clearly only wants the slightest displays of care: [to be given] shelter and NOT to be repeatedly hit in the face—if that can’t be provided, people like this should be treated accordingly and immediately relinquish the privilege of keeping an animal as a pet.”

Like Charlie, many dogs across the U.S. are kept “out of sight, out of mind.” They are denied proper shelter and often have nothing but an overturned trash bin or plastic barrel — or nothing at all — to protect them from the weather. Many are deprived of adequate food, water, and veterinary care in addition to having their emotional and social needs completely ignored.

People who witness neglect should report it to local authorities — and, if possible, take pictures and keep track of how long an animal is without adequate food, water, or shelter.