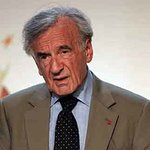 United Nations Secretary-General Ban Ki-moon has said he was “deeply saddened” to learn the passing yesterday of Elie Wiesel, a powerful voice for Holocaust remembrance and long-standing UN Messenger of Peace.

“The world has lost one of its most important witnesses — and one of its most eloquent advocates of tolerance and peace,” the UN chief said in a statement issued by his spokesperson.

“Elie Wiesel turned the nightmare of his youth into a lifelong campaign for global equality and peace,” Mr. Ban said. “As a UN Messenger of Peace since 1998, he called for constant vigilance in combatting anti-Semitism and other forms of hatred.”

According to the statement, Mr. Wiesel was a regular presence at the UN, including at the first-ever International Day of Commemoration in memory of the victims of the Holocaust, and often spoke about his experiences at the Auschwitz Birkenau German Nazi Concentration and Extermination Camp and appealed to the world to “reject indifference” in the face of genocide, discrimination and other horrors.

Extending his condolences to Mr. Wiesel’s wife, family and all others touched by this loss, the Secretary-General said that the UN is grateful for Mr. Wiesel’s contributions and remains strongly committed to Holocaust remembrance and the wider struggle for human rights for all, the spokesperson added.

“Hillary and I are deeply saddened by the passing of Elie Wiesel. We join all those around the world in mourning his loss and giving thanks for his life.

“Elie shouldered the blessing and the burden of survival. In words and deeds, he bore witness and built a monument to memory to teach the living and generations to come the perils of human indifference.

“As he often said, one person of integrity can make a difference. For so many, he was that difference—including at the dedication of the Holocaust Memorial Museum in 1993 when he urged me to stop the ethnic cleansing in Bosnia; at the White House Millennium Lecture Hillary invited him to give; and in all his wonderful books and lectures.

“We send our deepest sympathies and prayers to Marion and Elisha, always grateful for the great love they shared with Elie and the strength it gave him, and for all the kindness and friendship he gave us.”