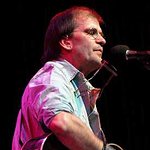 Steve Earle is to feature at the annual Christmas Jam to raise money for Habitat For Humanity.

The Grammy award-winning singer will join stars such as Travis Tritt and Joan Osborne over two nights at the Asheville Civic Center Arena, December 12 & 13.

“Christmas Jam started 20 years ago as an opportunity for local musicians to jam at the one time of year they were all in town at the same time,” said concert organizer, Warren Haynes. “Back then, we gave the money to whatever charity we felt like. As the event grew and we became aware of Habitat For Humanity, we settled on them because we believe in the organization and know the money goes where its supposed to.”

Earle – a regular performer at the Farm Aid concerts over the years – will also play a charity gig for Rock For Reading in Chicago this Saturday, November 22.

Rock For Reading is an organization that uses concerts to raise money to motivate and empower people to learn to read.

Tickets to the Christmas Jam are available through their website, and more information about the Rock For Reading concert can be found here.