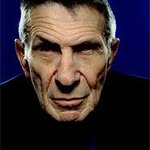 The documentary seeks to educate viewers about COPD through Leonard Nimoy's personal story of courage, while also providing the latest information about treatments for the chronic disease.

Complex respiratory illnesses including asthma and COPD are on the rise. In fact, COPD is estimated to affect 24 million adults, with more than half not knowing they have the illness despite exhibiting symptoms. In the United States alone, 120,000 people die from COPD each year. With more than three million deaths annually, COPD is expected to be the third leading cause of death worldwide in the next fifteen years, more than breast cancer, colorectal cancer and prostate cancer combined, as predicted by the World Health Organization.

“COPD claims millions of lives every year, yet it doesn’t have nearly as much visibility as it should for how difficult it makes the lives of patients and their families. Our aim in sponsoring this film is to raise awareness of the disease and its consequences if left undiagnosed or untreated,” said Eli Diacopoulos, Home Respiratory Care Business Leader, Philips. “By sponsoring this film, we hope to spark conversations about improving COPD detection, prevention and treatment, and empower people with facts to educate others about a disease that has profoundly impacted many lives, like Leonard Nimoy’s.”

Produced by Nimoy’s daughter, Julie Nimoy, and her husband, David Knight of Health Point Productions, COPD: Highly Illogical reveals the last few months of the famed actor’s life, which was claimed by the disease in February of last year. Nimoy’s COPD stemmed from both his smoking addiction and the fact that his decade-long struggle with the disease wasn’t officially diagnosed until 2013, when it was past the point of effective treatment.

“Movie enthusiasts and science fiction fans alike were captivated by my father, Leonard Nimoy, in his role as Mr. Spock in Star Trek,” said Julie Nimoy. “His character’s iconic catchphrase, ‘Live long and prosper,’ quickly echoed through generations and became a battle cry for fans. I look forward to continuing my dad’s mission of raising awareness and helping COPD patients like him to live longer and prosper in their own lives, as my dad did in his.”

For more than 25 years, Philips has been shaping the future of care for those with COPD. Offering people-centric innovations designed to empower patients to live full and active lives with COPD, Philips is making what was once science fiction, a reality. Among Philips’ recent innovations in respiratory care is the SimplyGo Mini portable oxygen concentrator, one of the smallest and lightest POCs on the market, as well as Care Orchestrator, a healthcare management application enabling enhanced connectivity and care for patients in the home.

Philips will showcase its latest COPD and respiratory solutions at the upcoming European Respiratory Society International Congress (ERS) in London, from September 3-7. Further details on the production of COPD: Highly Illogical – Remembering Leonard Nimoy will also be available.

To learn more about the documentary and view the trailer, click here. 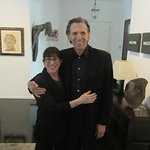 This week marks the one-year anniversary since the passing of Leonard Nimoy, who lost his battle with COPD. More →