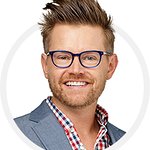 Celebrity chef and “Top Chef All Stars” winner Richard Blais took a break from the kitchen this week to run the New York City Marathon for Team Save the Children and help give kids in the United States and around the world a strong start in life.

“Running is a vital part of my health regimen, but running for a cause is much more meaningful,” said Blais. “I’m thrilled I got to run this year’s New York City Marathon with Team Save the Children — a charity committed to giving kids all over the world a brighter future.”

The team came to the 2016 TCS New York City Marathon with 24 members – including Blais – all focused on raising funds that will help kids survive, learn and be protected. They entered the race on target to raise more than $50,000 for kids.

Blais, who just finished his fourth New York City Marathon, said before the race that he was not targeting a time to beat, but just wanted to run a “healthy and happy race.”

“I want to be able to jog the next day, that’s my goal,” he said.
He also said his post-race meal always includes “red meat – a lot of it,” while he likes to keep his meal choices very simple the night before.

“I’ve been 20-plus miles in before, burping up charred octopus,” he said. “I don’t recommend it.”

In 2015, Save the Children worked in 120 countries and reached an estimated 185 million children. This included helping to deliver high-impact health care to 22.6 million kids and quality education for 12.2 million children.

Atlantic Records is proud to announce the release of the all-star children’s music benefit compilation, AT HOME WITH THE KIDS. More →