Loretta Swit To Be Honored At Joy To The Animals Luncheon 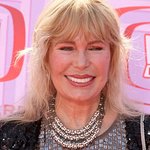 Actors and Others for Animals, one of the oldest animal welfare organizations in Los Angeles, will celebrate our furry family members at the upcoming Joy to the Animals Luncheon and fundraiser at the Universal City Hilton and Towers, Sunday, December 4, 2016.

Reception begins at 11 a.m. followed by a vegetarian luncheon and program. Awards will be presented to Laurie and Peter Marshall, Loretta Swit, and Erin and George Pennacchio. Comedian Paula Poundstone and ventriloquist Jay Johnson will provide entertainment. A holiday boutique and silent auction will also be featured.

Founded in 1971 by the late actor Richard Basehart, his wife Diana and others in the entertainment community, Actors and Others has a core mission to eliminate pet overpopulation, and ensure good care and protection for pet companions. All proceeds from fundraising efforts provide spay, neuter and veterinary assistance for the animals that share the lives of low or fixed income pet guardians. Event sponsors include the Petco Foundation, Sherry and Skip Miller and Carolyn and John Yurtchuck.

Well loved comedian, JoAnne Worley, currently heads up the organization. “As president and a founding member of Actors and Others, I’m so proud of the fine work we do, and can assure you that you will have a wonderful time as we celebrate the holidays and the joy that our pets bring us. My little rescue dog, Harmony, reminds me every day that caring for animal companions is very important work as they share our homes and our hearts.”

Award recipients Laurie and Peter Marshall are longtime supporters of Actors and Others. Peter Marshall is the “complete entertainer”. With a versatile history as a big band singer, comedian and actor, Marshall may be best known as the five-time Emmy award winning host of Hollywood Squares for more than 15 years. His deep resonant voice was heard in countless Broadway musicals and touring companies, and he admits that he enjoys singing most of all. He also broadcasts daily on the Music of Your Life network – three hours each weekday morning – sharing music of the Big Band era, along with stories and trivia. Peter is the author of the memoir Backstage with the Original Hollywood Square. Laurie and Peter share their home with four dogs and a cat, all rescues of course.

Actress Loretta Swit has captured the imagination of generations of television audiences with her portrayal of hot headed, soft hearted, hilarious Major Margaret Houlihan in one of TV’s most beloved series, M*A*S*H. Loretta has been honored with numerous awards including the People’s Choice Award, two Emmy Awards along with ten Emmy nominations, and four nominations for the Golden Globe. Ms. Swit is a veteran Broadway actress, making her Broadway debut in Same Time, Next Year opposite Ted Bessell. She has appeared in countless televisions shows, made for TV movies, and more than 15 big screen films. Ms. Swit is as impassioned about animals as she is about the Arts and has received more than 10 awards from animal protection organizations around the globe. She is the author of SwitHeart: the Watercolour Artistry & Animal Activism of Loretta Swit, a chronical of her work as an artist and activist, to be released in January, 2017.

George Pennachio has been the entertainment reporter for the #1 rated ABC 7 Eyewitness News for more than two decades. He also hosts the station’s Oscar, Emmy and American Music Awards specials. During his career in broadcasting, Pennachio has won several honors, including three Emmy Awards, and The Press Award by the Publicists Guild of America for his coverage of the entertainment industry. George and his wife Erin, a fashion designer, have been involved with greyhound rescue for 20 years since they adopted a senior greyhound and the experience changed their lives. They have been welcoming greyhounds into their lives ever since, raising money along the way for their rescue. They currently share their home with greyhound rescues Emmy and Audrey.

Actors and Others for Animals is a California 501©(3) nonprofit corporation. It is dedicated to eliminating pet overpopulation, ensuring the care and protection of pet companions and improving the quality of life for economically challenged, disadvantaged and underserved pet guardians by providing referral and financial assistance for spay/neuter and veterinary medical procedures together with other animal/human bond enriching programs.

Sponsor packages begin at $5,000; individual tickets begin at $125. For more information or to purchase tickets or sponsorship packages, please visit www.actorsandothers.com or call (818)755-5080.