Phylicia Rashad To Be Honored With Women of Power Legacy Award 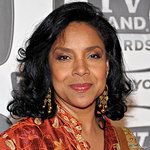 Black Enterprise will present its highest honor, in recognition of the achievements of black women during the Women of Power Legacy Awards, on March 9, 2017, at the 2017 Women of Power Summit in Phoenix, Arizona.

The Women of Power Legacy Awards recognize outstanding impact, achievement, and leadership by women in business, the arts, education, government, and other areas of influence.

Honorees to be recognized at the 2017 Women of Power Summit Legacy Awards Gala, hosted by PepsiCo, include the following outstanding achievers:

Ursula Burns is Chairman and CEO of Xerox Corporation. During her tenure, she has helped the company transform from a global leader in document technology to the world’s most diversified business services company serving enterprises and governments of all sizes. Burns has spearheaded the largest acquisition in Xerox history; the $6.4 billion purchase of Affiliated Computer Services.

Phylicia Rashad is a Tony Award-winning actress, singer, and stage director. She first became known for her stage work, with a string of Broadway credits, but is perhaps best known for her television role of Clair Huxtable on The Cosby Show. In 2004, she became the first African American actress to win the Tony Award for Best Performance by a Leading Actress in a Play, which she won for her role in the revival of A Raisin in the Sun.

Marcia Ann Gillespie became Managing Editor of Essence magazine in 1970, shortly after the African American publication was founded. While at Essence, she transformed the magazine into one of the fastest growing women’s publications in the United States, and in 1971, she was promoted to Editor-in-Chief. She joined Ms. magazine as a contributing writer and editor in 1980, and was named Editor-in-Chief of the publication in 1993. With this appointment, Gillespie became the first African American woman to achieve this position at a mainstream publication dedicated to discussing feminist issues.

Pastor Shirley Caesar is an iconic gospel music artist, who has traveled the world spreading the Gospel and breaking down barriers for gospel artists. She has received multiple Grammy Award nominations, winning this coveted honor 11 times, and she has released over 30 albums throughout her career. Truly exemplifying gospel music to the core, Caesar has sung for presidents and world leaders, yet still remains an active pastor, preaching at her thriving home church in Raleigh-Durham, NC.

“We are thrilled that we will have this opportunity to honor to women who are gifts to the world,” says Women of Power television show host and Editorial Director of the Women of Power Summit, Caroline Clarke. “Their examples pay proper tribute to the Legacy Award honorees before them, and will serve as powerful motivation for those to come.”

The Women of Power Summit will host more than 1,000 attendees that will engage in three immersive days of executive development sessions and activities designed to train, equip, and encourage industry leadership, career strategies, as well as effective peak-performance and work-life balance techniques. Topics will include navigating corporate politics, career development, strategies for the C-suite, and opportunities for one-on-one coaching.

The host sponsor of the 2017 Women of Power Summit is ADP. Presenting sponsors include General Motors, Dell, Macy’s, Bank of America Merrill Lynch, PepsiCo, Walmart, and The Walt Disney Company. Platinum sponsors include Southwest Airlines and State Farm, and the corporate sponsors are The Island of the Bahamas, Carnival Corp. & PLC, and FedEx Express.

For more information on the speakers and agenda of the 2017 Women of Power Summit, go to blackenterprise.com/wps. For updates via Twitter and other social media sites, check the hashtag #BEWPS.