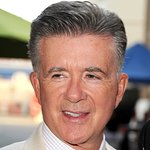 Most widely known for his acting career, including his role as Dr. Jason Seaver on the hit 1980s show, Growing Pains, Thicke was also a devoted advocate for T1D research since his eldest son, Brennan Thicke, was diagnosed 37 years ago.

Thicke and his ex-wife Gloria Loring have supported JDRF as donors, fundraisers, volunteers and passionate spokespeople. Thicke was instrumental in helping JDRF establish chapters in Ottowa and Calgary in his home country of Canada and also helped the Los Angeles Chapter to grow and thrive. Thicke was active in a number of diabetes charities, including one of his own, the Alan Thicke Centre.

His son, Brennan, was diagnosed with T1D at age 4 after a revelation at a family reunion. Alan’s stepmother, a nurse, noticed that Brennan was exhibiting the symptoms of type 1 diabetes – including extreme thirst and excessive trips to the bathroom. In a recent interview, Thicke described how the first months after Brennan’s diagnosis were especially stressful and scary: “After hours of cajoling and chasing him around the house I had to pin him to the floor to give him his [insulin] shot. He was kicking and screaming.” When Thicke was reduced to tears, young Brennan came to a realization. “He recognized he wasn’t being punished by getting a shot, and that the shots were hurting me almost as much as they were hurting him… That changed our whole relationship. He realized we were a team.”

The Thickes’ difficulties managing T1D are all too familiar to millions of families worldwide. In recent years, research has led to improvements in treatment, including pumps and continuous glucose monitors that have offered people with T1D a better quality of life, but Thicke never lost sight of his crusade for a cure.

On behalf of everyone at JDRF and the entire T1D community, we extend our heartfelt condolences to Thicke’s family, friends and colleagues, and we thank Thicke for his endless support of type 1 diabetes awareness and research. Because of his efforts and those of his family beginning decades ago, countless people are leading safer, happier lives today.