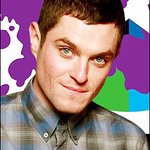 30 year-old Horne was nominated for Best Male Comedy Newcomer at the 2007 British Comedy Awards and is best known for playing the role of Gavin Shipman in the BBC Sitcom Gavin & Stacey.

Horne revealed that he would be supporting the charity during the Little Noise Sessions at The Union Chapel of Union in London.

He also said he was looking forward to helping Mencap raise much needed funds, awarness and hopes to keep things humorous at the same time.

“I am absolutely honored to become an ambassador. It is a brilliant charity and one that is very dear to my heart,” he added.

Many other celebrities are involved with this charity, including actor Christopher Eccleston, investigative journalist Donal MacIntyre, actress Kellie Shirley, Newcastle-born actress and TV presenter Donna Air, Paula Sage – who became an ambassador after she won a Bafta award for her role in the film Afterlife – actor and singer Will Young, and Lisa Scott Lee.