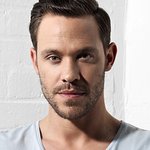 Young supports the charity Women's Aid, Mencap, The Children’s Society Safe and Sound Campaign, Positive Action Southwest and has been an ambassador for the Prince's Trust since 2002, and performed at the 30th anniversary concert in the grounds of the Tower of London.

Together with Dame Helen Mirren, Helena Bonham Carter and Martin Freeman, Young appeared in a series of advertisements during the Christmas period 2007 for Oxfam; “Oxfam Unwrapped”.

Young is the ambassador for Mood Foundation, a charity which aims to build a database of private therapists and alternative therapies to treat various types of depressive conditions.

Young is also an ambassador for Catch22,

As of March 2014, Young accepted the opportunity to become a spokesperson for the non-for-profit charity organisation gAID. Similar to Woman AID, gAID focuses on domestic violence in homosexual relationships.

Young is a longtime supporter of wildlife charities, including WWF.

Will Young has supported the following charities listed on this site:

Activity
Social reach
Google trends for "Will Young"
Available to Insiders only
Get Insider Access to these insights & more...

You can contact Will Young using details from this service. (Or read our advice on how to contact celebrities)

Stars Speak Out To Stop Yulin Dog Meat Festival In China May 4, 2016

Alesha Dixon, Professor Green and Will Young star alongside their dogs in a powerful video appeal to end to China’s annual Yulin dog meat festival that takes place on June 21st. More →

Sport Relief has raised over £55,444,906 following its massive weekend of television in the UK. More →
More news about Will Young →