Michael Jackson wrote “We Are The World” with Lionel Richie in 1985 and performed it as part of an all-star single to raise money for Africa in 1985.

In 1984, Jackson equiped a 19-bed-unit at Mount Senai New York Medical Center. This center is part of the T.J. Martell-Foundation for leukemia and cancer research. Later in the year, he visited the Brotman Memorial Hospital, where he had been treated when he was burned very badly during the producing of a Pepsi commercial. He donated all the money he received from Pepsi, $1.5 million, to the Michael Jackson Burn Center for Children.

In 1986, he set up the “Michael Jackson United Negro College Fund Endowed Scholarship Fund”. This $1.5 million fund is aimed towards students majoring in performance art and communications, with money given each year to students attending a UNCF member college or university.

He donated the proceeds from the sales of The Man In The Mirror to Camp Ronald McDonald for Good Times, a camp for children who suffer from cancer.

Jackson donated tickets to shows in is 1989 Bad Tour to underprivileged children. The proceeds from one of his shows in Los Angeles were donated to Childhelp USA, the biggest charity-organization against child-abuse. Childhelp of Southern California then established the “Michael Jackson International Institute for Research On Child Abuse”.

In 1992, he established the Heal The World Foundation, whose work has included airlifting 6 tons of supplies to Sarajevo, instituting drug and alcohol abuse education and donating millions of dollars to less fortunate children.

Was a supporter of Watts Virtual Summer Festival

Michael Jackson has passed away, but we remember his charity work.

Michael Jackson has supported the following charities listed on this site:

Google trends for "Michael Jackson"
Available to Insiders only
Get Insider Access to these insights & more... 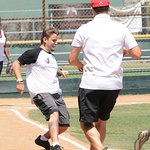 Members of the legendary family suited up to raise money for the Dee Dee Jackson Foundation, as well as to honor the late patriarch, Joe Jackson in a fun, celebrity-studded charity game of softball. More → 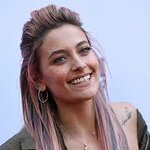