Williams took part in the America: A Tribute to Heroes charity telethon for victims of 9/11.

He performed at the 2008 We are Amused comedy night to benefit Prince's Trust.

Robin Williams was one of many famous people to show signs of Attention Deficit Disorder (ADD), and he used these characteristics to bring laughter to those who need it most.

“You’re only given a little spark of madness. You mustn’t lose it,” Williams said.

Williams began his life as a comedian in an attempt to gain attention from his mother, who was away working as a fashion model much of the time, leaving him to be raised by the maid employed by his family.

Being, in his words, “short, shy, chubby and lonely” as a child, he also found comedy a helpful way to get his classmates to like him. His talent won him a full scholarship to the prestigious Juilliard School in New York City, where he became close friends with his classmate, Christopher Reeve.

The two remained close, and after the horse riding accident that left Reeve paralyzed, Williams was there to show his friend how to smile again, arriving dressed as a doctor and claiming to be Reeve’s proctologist. It was the first time Reeve laughed after the incident.

Williams went on to join the board of the Christopher Reeve Foundation, and also founded his own Windfall Foundation.

He used his incredible energy to help a variety of causes, from visiting children’s wards in hospitals to entertaining US troops in war zones. His frenetic behavior, typical of those who suffer from ADD, heightens his performance, coaxing those in difficult situations to let their problems go and laugh.

“No matter what people tell you, words and ideas can change the world.”

Robin’s charity work has covered the spectrum from health care and human rights, to education, environmental protection, and the arts. He toured the Middle East with the USO a total of five times, including visits to Iraq and Afghanistan, to help raise morale among the troops and was, perhaps, best known philanthropically for his affiliation with Comic Relief, which was founded in 1986 as a non-profit organization to help America’s homeless.

Williams funded the Robin Williams Scholarship at his alma mater, Julliard. The school published a statement on his passing.

In 2010, Robin gave 100% of the proceeds from his shows in New Zealand to victims of the devastating earthquake in Christchurch.

Robin Williams has passed away, but we remember his charity work.

Robin Williams has supported the following charities listed on this site:

Google trends for "Robin Williams"
Available to Insiders only
Get Insider Access to these insights & more...

The late Robin Williams didn’t know he was fighting a battle with an unbeatable foe: a deadly brain disease called Lewy body dementia (LBD). Now, for the first time since his tragic death in 2014, his widow Susan Schneider Williams along with many of those closest to him have come together to share his story in a new documentary titled Robin’s Wish. More → 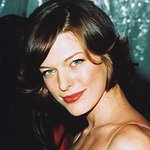