Stars To Come Out For Nordoff Robbins Christmas Carols 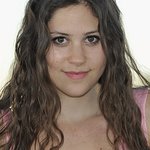 Now in its 15th year, the annual Nordoff Robbins Christmas Carol Service is one of the most popular events on the fundraising calendar, bringing together family, friends and supporters in a celebration of music at a special time of year.

This year’s event, which is generously sponsored by Coutts, will take place in the beautiful St Luke’s Church in London on Wednesday 14th December and will be dedicated to Willie Robertson, founding supporter of Nordoff Robbins.
﻿
It promises to be a special evening for people of all ages, featuring a traditional candlelit Christmas service, wonderful music and celebrity readings – not necessarily religious but with a Christmassy theme. The service lasts for approximately one hour and guests are treated to mulled wine and mince pies outside the church afterwards.

Music is key and each year the charity invites one or two stars to join them and perform a couple of their own songs in this intimate and exclusive setting. This year, Nordoff Robbins are delighted to welcome the beautiful singer songwriter Eliza Doolittle and also the American tenor, Noah Stewart. Eliza first hit the charts in 2010 with toe tapping songs ‘Skinny Genes’ and ‘Pack Up’ and Noah has recently signed with Decca/Universal records and will be releasing his first album in the spring of 2012﻿.

In the past, people at the event have been treated to some wonderful performances from Annie Lennox, Robbie Williams, Martine McCutcheon, Katherine Jenkins, Will Young, Emma Bunton, Sugababes, Joss Stone, Beverley Knight, Katie Melua, Rhydian, Alexandra Burke, The Wanted and Il Divo.

Note… that seating is unreserved, so please arrive in good time. Parking is limited.