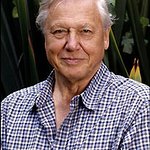 Sir David Attenborough was on stage in Auckland, New Zealand, on Thursday night as part of his A Quest For Life tour.

The legendary presenter talked for over 2.5 hours about his life in natural history filmmaking and his passion for conservation.

Moderated by Ray Martin, the show was the second of two sold-out shows in the city.

Attenborough was greeted by a standing ovation by the crowd of over 2,500, making it clear the 90-year-old is respected by both young and old.

A few lucky members of the audience were selected to ask Sir David questions, and he responded with passion when asked “How do you feel about the world today compared to 70 years ago?”

“70 years ago there were 2.5 billion people on this planet,” he said. “There are now three times that many people on the planet. We all want something to eat, which means space to grow food. We all want places for our houses, and that takes space. Where is all this space for all these extra people going to come from? Most of it is going to have to come from the natural world. The space we are leaving for animals has become extremely restricted. And that’s very serious.”

Attenborough went on to commend conservation workers in New Zealand for their ground-breaking work in saving the country’s birds. Many of New Zealand’s birds were hunted to near extinction, and only saved by the tireless dedication of both individuals and conservation organisations.

“In recent years, New Zealanders have set an example to the whole world on how to be aware of what [people] have done, and how they should take steps to put it right. What you have done for your native birds, compared to what they were when I first came here 50 years ago, is extraordinary. I honestly congratulate New Zealand.”

Sir David now heads to Australia for a string of tour dates starting in Brisbane. 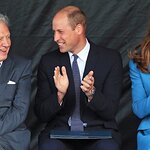 The Duke and Duchess of Cambridge attended the naming ceremony for a new polar ship which will help us understand more about the Earth as a sustainable planet. More →